…Not only does she make a sound, Sarca’s whole family makes a sound!

If you’ve been reading this blog and remember the last time my percolator died (Sept. 2014), you’ll understand the struggles I faced finding a replacement.

Its successor was a Hamilton Beach electronic percolator. My household used it lovingly until last Sunday when it stopped drawing power after it brewed a pot, and it never came back. I have to say it was on borrowed time, as it would periodically lose power mid brew, and then repeatedly try to percolate about 3 times before it was satisfied the coffee was hot enough. It’s been doing that behavior for a better part of a year.

Why not just replace it with any old coffee maker? Because, I’m stubborn, and enjoy a perked cup. And honestly, as I have previously opined on the subject, there aren’t much in the way of choices here in Ontario for electronic percolators. My research shows, not much has changed since 2014: people still love their Kuerigs, Starbucks and Timmy Ho-Hos. Few seem to brew at home any more, and percolating is obviously a dead technology, relegated to manual campfire percolators and catering coffee urns. I got the memo, people, loud and clear! No more perc!

But, I still buck that hive-mind mentality. I am forever on the lookout for a decent percolator, even when my perc is working. On Amazon and coffee fan sites, I read reviews like they are the Bible on Sunday. I’ve even taken to Value Village to see if I can find another gently used percolator; my first electronic perc being a Proctor-Silex from VV that introduced me to this way of electronic brewing in the first place.

Last winter, I found a DeLonghi percolator that didn’t look like it had ever been used. This model came with an adjustable setting, giving you the ability to perc a light or dark brew! SCORE! I kept it in storage for situations like this week when my Hamilton Beach would bite the big one. I took it out of the cupboard, and got it running. And welllll….. 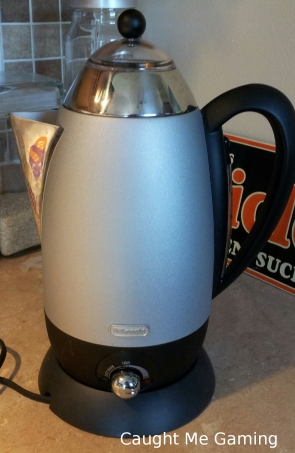 I can see why the DeLonghi was barely used, and given away to Value Village…franky, it brews a TERRIBLE cup of coffee. I took this week to try to work out the bugs that come with having a new perc – finding the right grind, using the right amount of grounds, etc. But, unfortunately, after trying for five days to get a decent cuppa out of it, it didn’t work out. There was no aroma…there was no taste…the coffee was practically hot water, even after adjusting the settings to perc a dark brew! The hubs didn’t like it. I didn’t like it. And now my visiting in-laws didn’t like it! Time to fix this – FAST!

The solution is, of course, to buy another percolator. But which? Because of a lack of percolator popularity, there are STILL only TWO main electronic percs on the market that are readily available around here at stores accessible to me: Cuisinart and Hamilton Beach. You look online, and the top two 5-starred percs happen to be from Cuisinart and Hamilton Beach (and no surprise why…those are the only ones being made right now! Of course they are highly revered!)

From past experience, I concluded the Cuisinart percolator isn’t great; a little less than a year and it was giving us problems. At least we had more longevity with Hamilton Beach! The hubs encouraged me (out of practicality or caffeine withdrawal) to stop the search, and just buy the next option…the low-hanging fruit…the Hamilton Beach.

What? Buy another one? 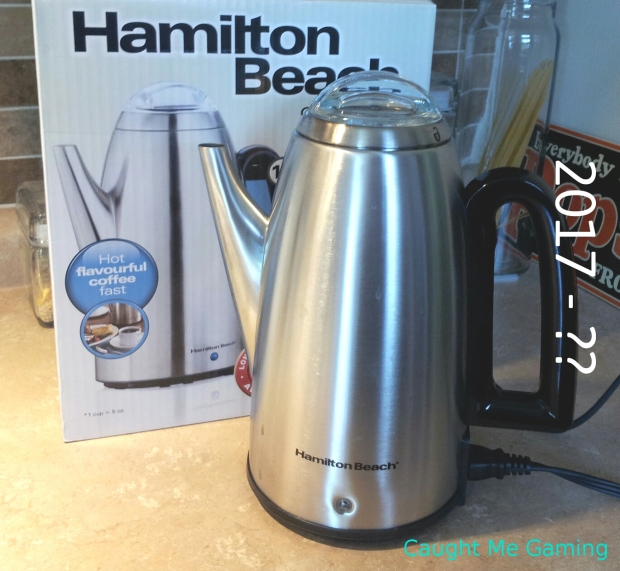 Yup, I went to my local Walmart Friday night and bought another Hamilton Beach percolator. There isn’t much choice out there, and for what it’s worth, for all the whining I have done on how cheaply they manufacture these things, the Hamilton Beach percolator does make a good home perked coffee. Who knows, maybe I’ll get another 2.5 years out of this one too. Fingers crossed. I think in terms of coffee makers, this is number 7 in 20 years. Obsolescence is alive and well! 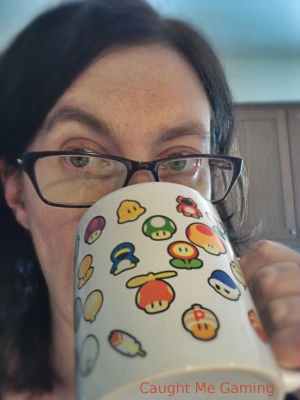 Enjoy your ‘fee today! I know finally I am!