After completing the Android game, The Room Two, I am left wanting more! Its developer, Fireproof Games, has really outdone themselves!

This is the sequel to their sophisticated and addictive puzzle game, The Room. I played the Room last September and was taken aback by its smooth gameplay, intricate graphics, atmospheric music and cool obsession with astronomy. I picked this game up thanks to a recent Android Humble Bundle that I really couldn’t pass up on. I am so happy Humble Bundle are getting onto the Android games!

In its sequel, the Room Two moves into even darker places and spaces, transporting the player into the rooms of the mind, so to speak. 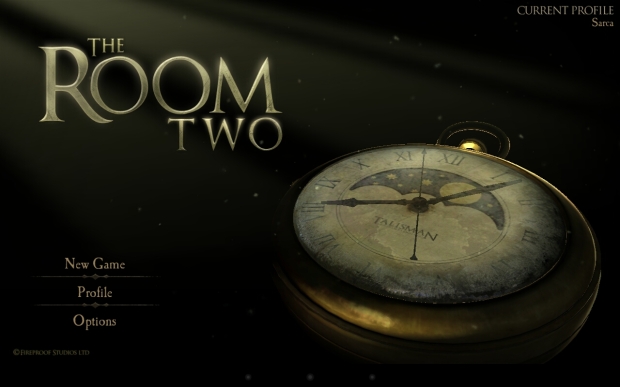 The bad: Too damn short! I want more Room!! 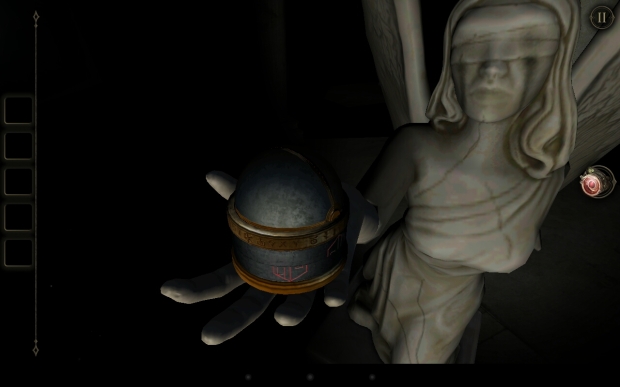 The sequel continues where its predecessor left off…You are in a room full of secrets, and are charged with having to find your way out. You find mysterious boxes and gadgets with strange compartments and devices which you open, unlock and figure out. Notes and clues are provided along the way. Once solved, you are then propelled to another area of the room – whether it be the physical space…or the dark recesses of one’s mind. Going beyond the stars, this story takes you on a boat at sea, an alchemist’s lab, and ancient exotic golden temples, to name a few places. 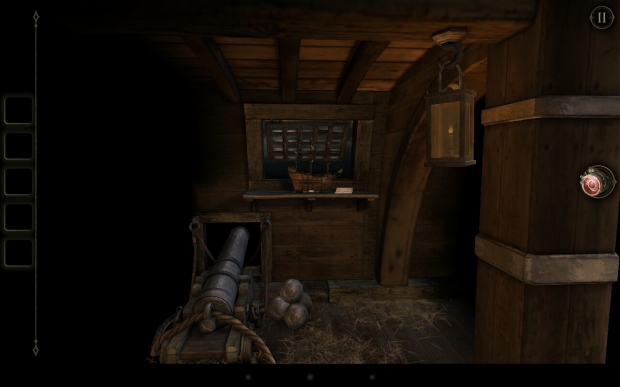 The gameplay is smooth, and the graphics are gorgeous. The gamer interacts by touching an area of interest on screen and the game will move your point of view closer to that particular area, and in some cases, closer to an item you need to interact with. The game provides a hint system when you get lost, although I used it infrequently. Flipping switches, opening drawers, shooting arrows and using an old-fashioned typewriter are just some of the interactions a gamer would experience with the Room Two. Finally, I loved that it provided a magnifyer/ “black light thingy” (how sophisticated, eh?) that would allow one to see symbols or etchings not seen with the naked eye. Very cool! 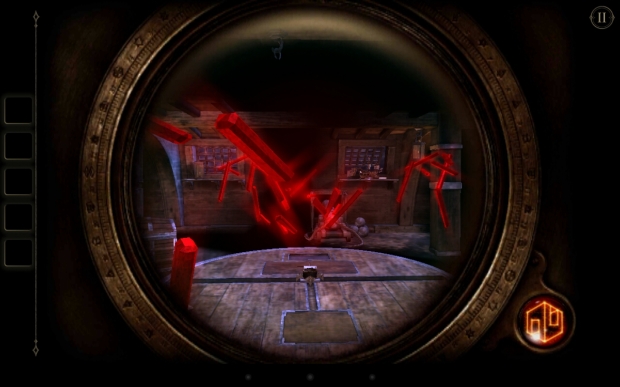 The “black light” thingy. Those red bars are not visible to the naked eye. The puzzle was to line up those bars into the symbol you see at bottom right.

One thing that was very different was the game’s mood, which turned a little more sinister than the earlier game. I was actually startled in some places! Tie it all together with a deep, dark soundtrack with breathy incoherent voices in the background and you have yourself an excellent puzzle game for the Android that I recommend you pick up! One disappointment – this is the conclusion to the Room series by the looks of it. 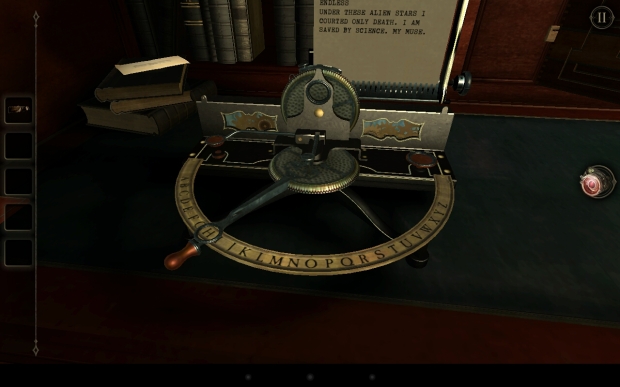 An old typewriter used to complete one of the puzzles

For a write-up on The Room Part One, please go here – you truly don’t want to miss this one either!