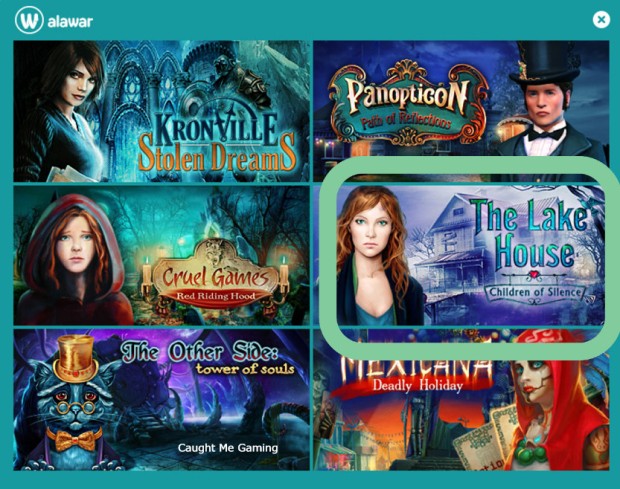 I played The Lake House: Children of Silence as part of a 6-in-1 hidden object bundle by developer Alawar I recently purchased on Steam during the 2019 Winter Sale.

Ann and Henry suffer a break-in to their home. The only thing that was messed with was their precious photo album; pics of the couple are ripped up or Henry’s face is scratched out. A package arrives for Ann, and inside are childhood toys belonging to her brother Tommy, as well as a ripped photo of the old lake house where they lived as children. Tommy tragically drowned there, and the family moved away promptly after, abandoning the property. As Ann assembles the picture, she has a vision of her brother in his favourite mask calling to her to return to the old lake house. She doesn’t know why, but feels compelled to comply. As they search the property, Ann sees the image of her brother just as she is kidnapped by a figure wearing the same mask her brother liked to wear. Now Henry must find Ann and discover who is behind the kidnapping. As he searches, the pieces of information unfold by way of old home movie film strips which shows that there is more than meets the eye with Ann’s family. 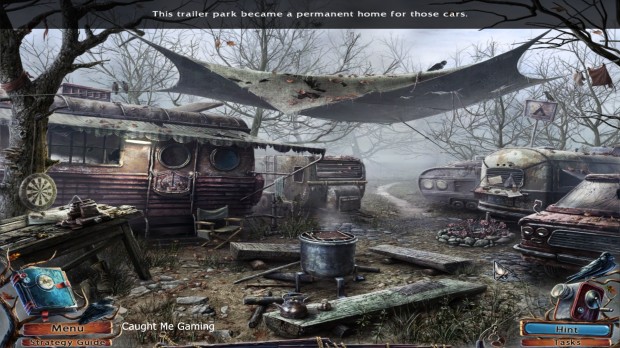 Unlike Kronville: Stolen Dreams, The Lake House: Children of Silence is very much worth the $4 I paid for the 6-in-1 bundle. This is a well-made HOG game with all the fixins. The game looks great, mechanics are intuitive and the music was beautiful. Most of all, the plot was engaging for once! The puzzles mostly consisted of collecting items and hidden object scenes. To that end, if there was anything to gripe about, the hidden object scenes changed every time, but the items to search for could have used some imagination; finding a cork, a ribbon or a spool of thread each time can get a tad tedious. 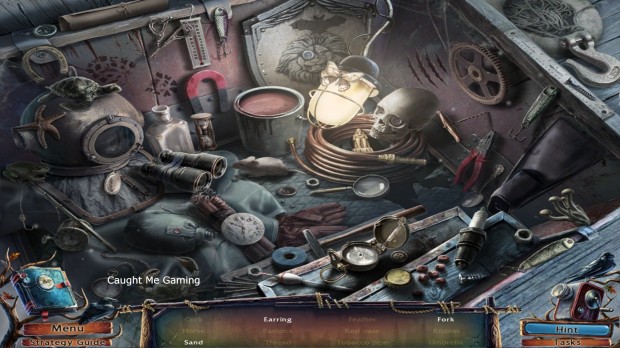 Gripes aside, my version of the Lake House was the collector’s edition which came with a strategy guide, and a bonus chapter which unlocks after you have completed the game. Let me tell you, the bonus chapter turns the story on its head – totally worth it!

The Lake House: Children of Silence gets a 5/5 from me! Highly recommended!