I’ve been on a real Walking Simulator kick thanks in part to a recent playthrough of What Remains of Edith Finch. So naturally I wanted to dive into Dear Esther, a seemingly popular Walking Sim by the developers who brought you the grand Everybody’s Gone to the Rapture.

Dear Esther is a story that begins with you walking around a large island. As you hit certain targets in the game, a male voiceover starts to speak, “Dear Esther…” The voice tells you stories about himself and some history of the island. The sequence of the story is disjointed, but you quickly get the sense that what you are hearing are letter excerpts from a man to his beloved. 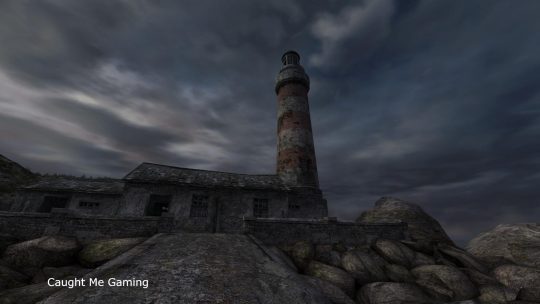 The island is pretty bleak for the most part as sunken ships dot the shoreline and hollow houses perch on the edges of the path. Items are located that indicate someone was once there. A large lighthouse can be seen in the distance. You walk and find obscure clues in caves. Just when you think you’re at the end of one path, another one opens up to you. 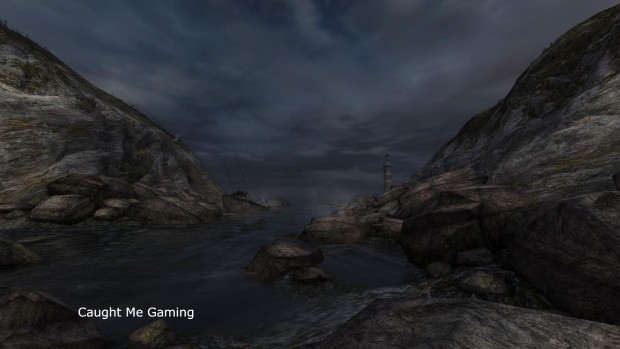 Dear Esther is a simplistic game: you use your WASD keys to move and there are no save states. Largely, it’s a mystery waiting to be solved. I normally relish mysteries, but I can’t say I particularly enjoyed this one. The story is obtuse, and left me starving for clarity. I was also largely disappointed in the game’s overall graphic environment. Rocks looked like turds, and there were a lot of rocks! For the most part, the graphic jewels occurred towards the end of the game, but until you get there, you get smeared dulled landscape and blocky objects devoid of tonal gradation. Puzzling especially considering I was playing the Landmark Edition, an overhauled version from a very pared down release from 2008 that was supposed to be a vast improvement. 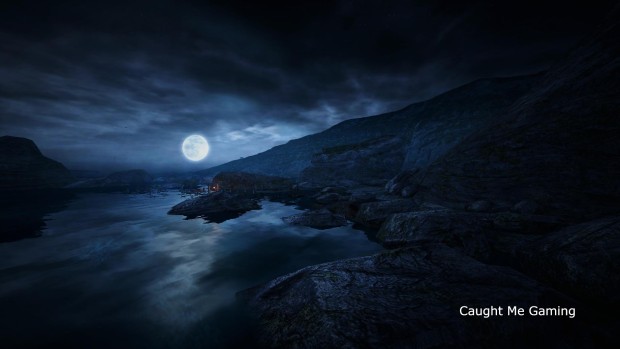 Probably the nicest scene in the entire game…at the game’s end.

Jessica Curry composed the acoustic music in this game, and I wish I could say it was the best I ever heard. It probably was except my quick-draw thoughts of “Geez, this is one ugly game” overpowered the background noise. Sorry, Jessica…

Yeah, I can’t say I enjoyed my stroll through Dear Esther…