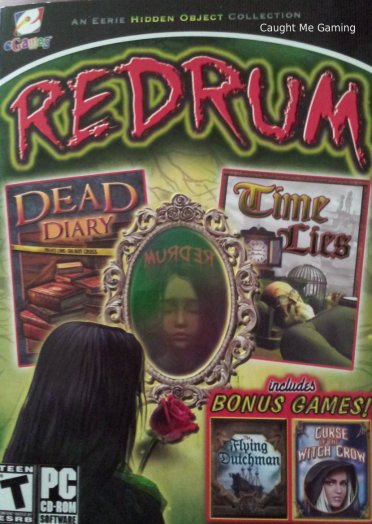 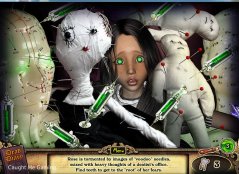 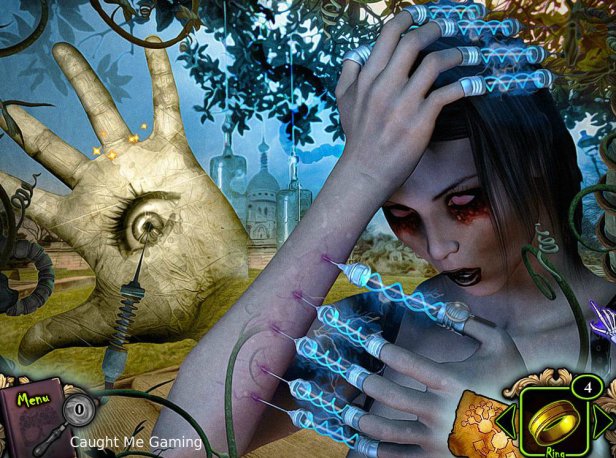 REDRUM was 2011’s boxing day sales find at the local Staples. I have confirmation that Staples in Canada is getting away from selling any games in its stores. Still, today on occasion, the casual hidden object adventure gamer can find some sweet deals on boxed games. This is always a gamble because a lot of these sets contain games that are all kinds of suck.

I had never heard of the REDRUM games before. The compilation consists of two REDRUM games – Dead Diary and Time Lies – as well as two bonus, unrelated and very forgettable games, the Curse of the Witch Crow and the Flying Dutchman. REDRUM, for one, has cheesy packaging, but the price was right (around $2.50), so I took a chance on it. Besides, I was getting 4 games for the price of a mobile game, so even if three of the four sucked, I felt it was still worth it. 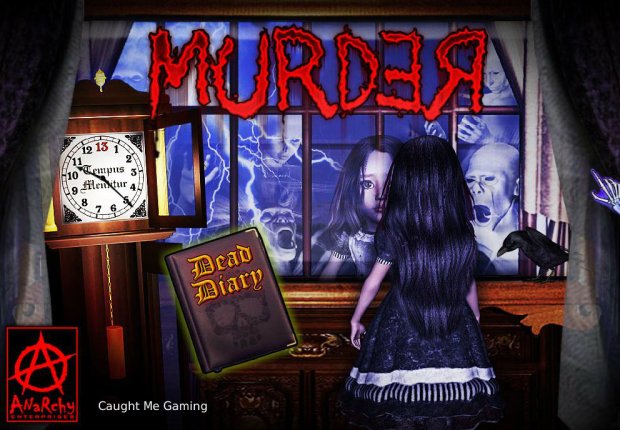 The first game, REDRUM Dead Diary centers around Rose, a girl who has been committed under psychiatric care for hearing voices. Her loaded divorced parents bicker about Rose’s care, but it’s her uncle, a Private I, who knows something is up with her Psychiatrist, Dr. Sigmund Fraud, as he is insisting Rose get the most expensive shock therapy treatments and medications. Of course, he is over-charging the rich parents, and tries to keep Rose in his care by injecting her with green serum that makes her all kinds of high. Things are not what they seem in her world. She sees and experiences some frightening stuff that the gamer must experience as well. Sooner or later, Fraud comes under scrutiny as he cares for other disturbed patients. He is soon under arrest and locked up for good. Rose is free and no longer hears voices.

In the sequel, Time Lies, Dr. Fraud is somehow given a pardon, and released from the mental institution he was being held in under sentence for the shenanigans he was into from the first game. He is up to his evil tricks as he tries to wreck havoc in lives connected to Rose. Again, with help from her uncle, Rose manages to save the Doctor’s victims from their hell, and exposes the Doctor for the evil Fraud he is. The Doctor is then thrown in jail for good.

I was pleasantly surprised by this REDRUM package! The cover of the box doesn’t evoke confidence that this is gonna be any good…but the games were quite enjoyable! A nice mix of puzzles, from hidden object, to match the mosaic tile, to virtual jigsaw puzzles… I never got bored! Backtracking was a breeze when utilizing the easy-to-follow map provided (A+! Love maps!). The gameplay was challenging, but not frustrating. If we have to pick favourites between the first and second game, the sequel, Time Lies offered more game time, but both are good games.

I didn’t think I would find an equally good and scary hidden object game to Shiver: Vanishing Hitchhiker, but I found it in the REDRUM franchise. Some scenes are indeed shocking and difficult to look at. I would not recommend this for children because of the haunting imagery. Imagine having to play through a puzzle with this staring back at you:

The soundtrack was equally jarring. Overall, this would be a great game to install for Hallowe’en. I know I am talking as though both games of the REDRUM series is one, but really, both fit comfortably together. Time Lies, the sequel game was a bit longer, and had more puzzles, but both games are worth checking out. If you spot this box anywhere, I highly recommend you pick this one up! It’s a keeper!

Now, a word on the bonus games…

The Curse of the Witch Crow was a match-three game (like Bejeweled and Candy Crush) that looked and sounded okay, if a little dated, but nothing to really write home about.

Curse of the Witch Crow

The Flying Dutchman, unfortunately refused to load properly on my PC, even adjusting the resolution to 480, and changing the Windows compatibility settings. I couldn’t get past the load screen, which looked like a dog’s breakfast.