Hotel is an obscure point-and-click adventure game from 2010 and quite honestly, I don’t remember where I picked it up from. It was sitting in the back of my boxed PC game collection and decided to give it a go. 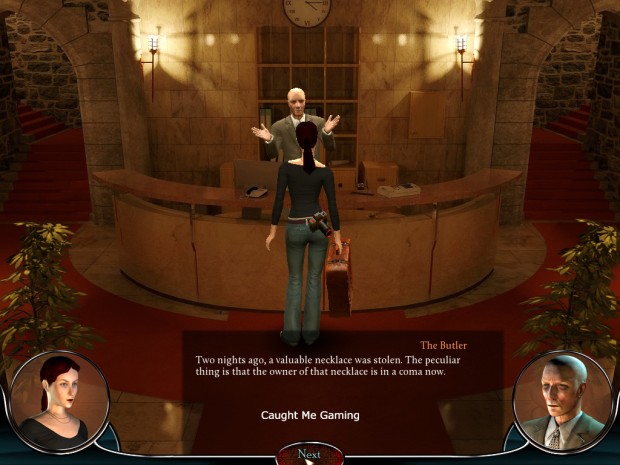 Bridget is a New York detective called out of vacation to aid in the investigation of a stolen necklace at an old hotel in France – a favour to her superior, Chief Inspector McCloud. The owner of the necklace is in a coma under suspicious circumstances. McCloud smells a paranormal set-up and since Bridget is experienced in those sorts of things, he asks that she look into it. The hotel itself has a sordid history that dates back to the Knights Templar. Everything about the situation is just weird, and Bridget learns from the beginning that her expertise is definitely not appreciated from the Chief Detective on the case, Matisse. He resents her especially when she refuses to go away after the necklace is found in some bushes and he deems the case closed. In Bridget’s opinion, this case is far from closed! As she investigates, she hears of ghost sightings and some conspiracies associated with the owner of the hotel, Mrs Greenleaf. There is more to this than meets the eye… 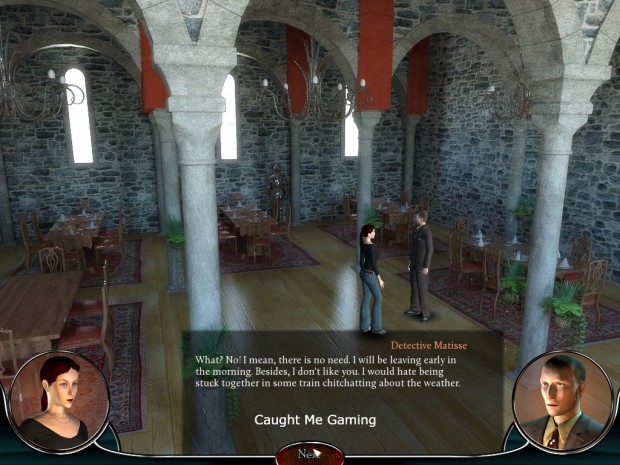 For a game from 2010, Hotel wasn’t bad! I was seriously expecting a total mess in the graphics department, and it wasn’t. Gaming mechanics are simple, and puzzles are standard fare, but none of it is terrible.

Now, the plot of Hotel is a convoluted soup of fantasy, conspiracy and ancient history very much akin to the most ridiculous game I have ever played – Dead Mountaineer’s Hotel…and takes a “let’s see what plot element sticks” attitude. It makes me wonder what it was like to be a fly on the wall during those plot drafts…I mean, at one point we have history heavy hitters King Arthur, with Mark Antony and Cleopatra making an appearance here! Let me tell you, I had a good guffaw at the plot!

Overlooking its shortcomings, I though Hotel was pretty fun. I have played pretty bad games in my life, and Hotel is not the “best game everrrr” but, I had fun with it. I doubt this obscure game will ever make it into your hands, gentle reader, but if it does, go install it and play… at least for a good laugh.