I have a habit of holding on to things – sometimes on purpose, other times due to forgetting I still had them. Sometimes finding forgotten things is like a Eureka! moment.

A prime example is this past Christmas when I went to put the decorations away. Every year that I have put decorations up, I end the holiday by hastily packing up decorations and throwing them into storage – sort of like to say that the Holidays are over – thank God! – let’s clean this crap up and move on. It’s been at least 10 years since I took the time to take inventory of what I have. This year was different, though. This New Year’s Day, in the quietness of the day, I took the time to go through some Christmas stuff – organize it, lovingly pack it up, and be ruthless to the point of purging pretty much a whole container’s worth of it. It felt great going through it all.

Sometimes though, finding stuff can trigger some no-so-great memories.

In one of these serendipitous clean-ups, I came upon an old spiral notebook that originated from my first “grown-up” office job out of college and it dredged up a feeling or two… In this job going back a long time ago, I was an electronic media intern for a company funded by the provincial government that was responsible for creating and distributing curricula online to high schools. It was new technology that was slow to gain traction (hard to believe that online education is pretty prevalent now). The gig was my first taste of office politics and micro-management. The notebook reflected this, as it was filled with lists upon lists of tasks to complete, weekly accountability sheets, instructions on office rules, and personal pep-talks to curb my daily rising anxiety with working under what one would consider an authoritative environment.

The head of the company was a tenured high-school teacher seconded to CEO of this company, and his ego was way too big for his britches. He would breeze in and out in Bermudas, change up some rules just in time to take his mandated nine weeks off in the summer to go sailing, and then whisk away to leave the minions (me) under the thumbs of 9 other people who should never be managers… in an office of 16. Being the leader really seemed to go to this guy’s head. Protocols he created were severe and unfriendly. It was tough, because I was a Yes Ma’am, yet everything I seemed to do was wrong, and I’d get pulled in for a talking down weekly. I was trying to be a good and attentive employee, but their instructions were constantly confusing and unreasonable. They were very hard to please.

We worked in an open office environment – basically an open room full of desks without partitions. One of the protocols the Boss established was insisting that employees call each other on the phone instead of conversing in person, even though we were sitting across from each other. Having central auditory processing problems, I often have a hard time understanding people on the phone as it is. Being able to converse face-to-face was important to overcome this hurdle, so I was living in Hell.

I lasted at this company short of six months, and felt free when I quit. As I happily moved on with my life, I wasn’t surprised to learn from an ex-colleague, the funding ran dry and the company closed down a couple of years later. Having a taste of what I consider the worst job allowed me to appreciate and put into perspective the good things in my challenging career today.

I still have my old notebook from my days working at my most hellish job; the remaining paper now used to keep track of Dominoes scores and scribbling hasty errand lists. A more hopeful list comes from 2010 when I had a voracious thirst for Hidden Object games and needed to keep track of the titles to ensure I didn’t play the same game twice (because, let’s be honest…the titles start to sound the same, the plotlines are similar…). I have replayed and reviewed several of these games for this blog! Not only is this page important to me to recall what I played back then, but if you turn the page around, you’ll find something else equally nostalgic…

The page represents a typical day working for the Hell company. It lists accountability tasks of the day as well as instructions on how to answer the phone if we received a call for the CEO…

The note says, “Boss is VERY particular. If Boss is here OR not, get person’s name, phone number and reason for the call. Give Boss the option of taking the call. You may disturb him in a meeting, but be patient with him.”

How can one live up to those instructions?

What I think is important to remember is this page represents discovery on two fronts – while on the job side, I was trying to wade my way through a challenging business culture, preparing me for the future, while on the gaming side, I was trying to dig my way through this gaming thing. I can say I am still learning – on both fronts! But, I am certainly having a better times navigating it all! It’s a good reminder that life’s journey is for learning – in good and bad – and it shapes you. I appreciate what I have now, in my life and career, and continue to find pleasure in a good video game.

With the awesome games I played in 2013, you can bet there were some crap ones!

Unfortunately, Android games are heavily represented on this list. I am always trying to find decent games to play on my tablet, but *phew! Some of ’em…stinky! DS games are also on this list. What can I say…developers are trying to make decent casual games. I guess you can’t win ’em all.

But you, gentle reader, can win by taking my advice: Read the reviews to the games below, have a good laugh on me, and AVOID these games!

I’d rather be eating candy than play this game…

Good ol’ Phil: What the hell were you thinking, Dude?

I hated this game…

Not a good game…thankfully it’s only 20 minutes long.

Yeah, this image should have been my first clue it was crappy…

You need microscopic vision to play this game.

There you have it! Anyone play some really awful games this past year?

This list encompasses my favourite games that I played in 2013. You will notice some of them were not released in 2013. Really, if you check out my complete list, I didn’t play too many newly released last year.

This one is a really good puzzle game for Android where you are put into a virtual locked room and given a box to play with. This box has all sorts of secret compartments you have to figure out how to get opened. Plays really well on tablet. Get ready to snoop! Go into the Greenbriar’s empty home and find out where everyone went! An exploration game that should not be missed.

Hands down, the best hidden object game for the Wii that I have played. 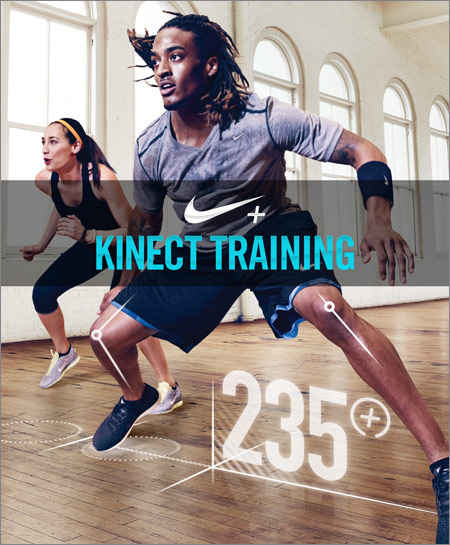 Okay, not technically a game. But this is a really well-done fitness tool that helped me to lose weight. An older adventure game that still stands the test of time.

4. Secrets of the Dark: Temple of Night (PC)

I have played through this game at least twice, and often find myself humming the soundtrack in my head. I highly recommend this hidden object game to EVERYONE!

The Hubs and I played this together for about four months. Sorry, no review, but it was one of the most intense, fun and challenging games I have ever played. Forced me to step up my GAME, fo’ sho…[sorry, no review]

The sequel to Borderlands is a continuation of the same, pretty much. The hubs and I are still playing this game, and it continues to challenge me. It’s a whole lotta fun! [sorry, no review]

I know I rave about Alan Wake, but, seriously – I went into this game totally alone, without my husband’s gaming safety net to help me along. It scared the crap outta me, but I learned some good gaming skills: aim-and-shoot skills, switching to the appropriate weapon for the appropriate fight, dodging enemies, and how to read an in-game map the right way.  Even though it was a rather dark game, it was breathtakingly beautiful (the forest! the trees!! Pining for the fjords!)! I was also going through some things last winter and Alan Wake gave me the distraction and  “concentration on something else” that I very much needed.

I attribute Alan Wake to a lot of things, and I will never forget the experience. That is why Alan Wake is NUMBER ONE!!

HAPPY NEW YEAR!! I would like to take this opportunity to thank my loyal readers for sticking with me over the last 6 months. This happens to be my 100th blog post!! I don’t have a huge following, but I do have a small group of quality bloggers with some great things to say. Thank you, thank you! You are what has kept this little project of mine afloat!

Without further ado, here it is, as promised:

[Now, to be clear, I did not complete all these games (the ones I did are bolded), some I played for quick enjoyment or to try with my husband. Obviously, I didn’t write a review every game I completed, either. I have included links to those games I did write a review for. This list encompasses games that I tried for longer than an hour and gave a fair shake.]

So there you have it! I am shocked at the amount of games I’ve played this year (and that wasn’t even a conscience effort!).

When I completed Alan Wake, I was so proud of myself, I took a picture of the final screen!

It has been a fun gaming year for me, which I hope to continue on in 2014. What do I hope for this blog? Well, I hope to still have the time to devote to writing for it. I have also thought about incorporating some social media like Twitter into the mix, but then I think it might be too much to manage (one more thing to update…). If any one of my blogger readers has managed to keep their social media (aka Twitter, Facebook, G+) going AND has managed to update their blog with good blog content, I’d love the hear from you if it’s worth branching out into social media? Any advice? I tried it when I had another blog a while back, and didn’t find I could keep it all up, nor did I have the engagement I was hoping for. Then again, I was on a different platform (Blogger), and the scope of my blog was not something that would interest everyone (knitting). WordPress has been a very decent place for community engagement, and I am very at home here. 🙂

Next post, I’ll list the best games I played in 2013 that are not necessarily from 2013… and I’ll also include those that have their own special category on Caught Me Gaming: those notoriously labelled “this game blows”!!

Until next time – Happy New Year, and as always and forever – HAPPY GAMING!!