A puzzling letter is delivered to Belgium detective, Hercule Poirot, from an “A.B.C.” alerting him that something is going to happen that he will have to solve. Soon he and his friend, Captain Arthur Hastings, are called to Andover to help Chief Inspector Japp with solving a murder. The first victim is Alice Asher, a tobacco shop owner who was bludgeoned to death. Soon, more murders emerge with an interesting pattern: the murderer is focused on killing in a pattern by running down the letters of the alphabet. There is also another peculiar but distinct signature too: an ABC train schedule guide is found at each crime scene. Poirot (you) must wade through the long list of suspects, and investigate and reconstruct the crime to find the murderer before there are more victims. 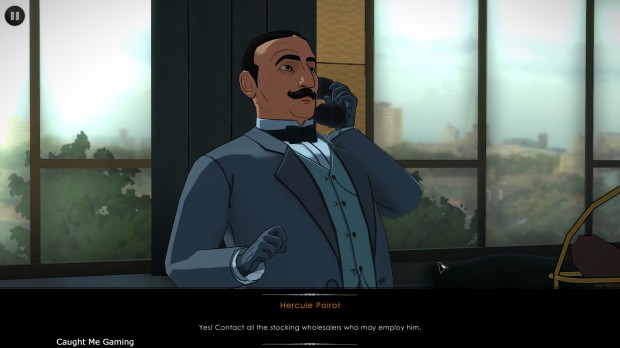 My friend Liam (The Donovan Viper) gave me a free Steam code for Agatha Christie: the ABC Murders, and wow! What a game! Not only is the story based on arguably the best mystery writer of all time, Agatha Christie’s novel of the same name, it was a well-fashioned point-and-click mystery game. Often when starting a game like this, the first 10 minutes set a tone in me that makes or breaks a game. The ABC Murders struck the right cord out of the gate, and I dove right in. 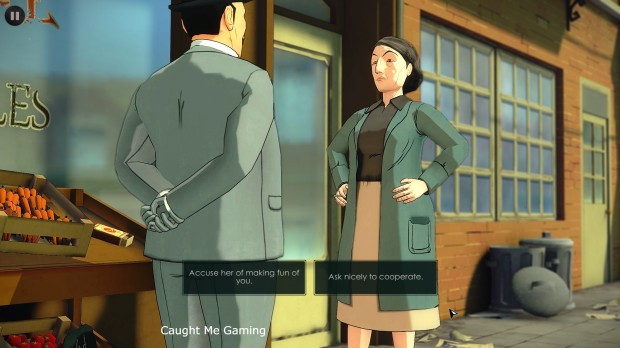 In this game, you thoroughly explore the crime scene for clues, which are then used to determine motive of the crime and who is responsible. You can have Poirot take a hard line or a softer tone with suspects and witnesses, and each direction provides a different response. Observation is key – everything is up for scrutiny – a suspect’s clothes, their appearance, their demeanor, even body language. Based on your intel, you are made to reconstruct the crime scene, which will then play down for you so that you can figure out if it makes sense. If it doesn’t, Poirot will tell you! But, the game itself does not penalize players for making incorrect choices which is always welcome. You do, however, get more game achievements for making correct choices. 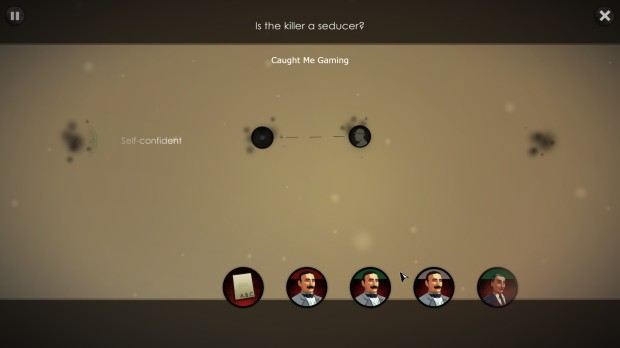 The graphic style of the ABC Murders is right up my alley: fresh and vibrant. No pixel hunting here! I was very pleased to see how the devs chose to take an intelligent and sophisticated pace with the story and not dumb it down for the player. There is also an eloquence to Hercule Poirot – someone I have never played before in a game – in exhibiting a quiet ego compared to the arrogant Sherlock Holmes, who has come off as a true snob in one or more games I’ve played…

Agatha Christie: the ABC Murders is an excellent point-and-click mystery game, and I very much recommend it! My thanks again to Liam for providing me with a Steam code to this fab game. Thanks, Mate!