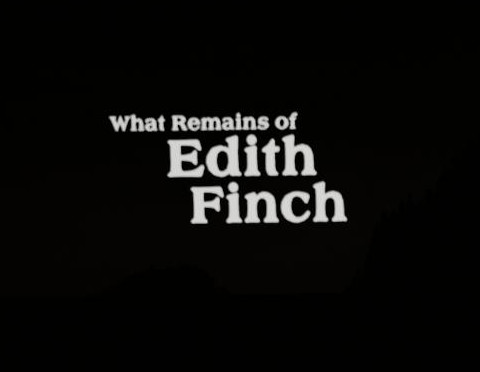 The Finch family have seen their share of tragedy. Edith Finch, 17, knows this all too well. As the last living member of her large family, having gone through the death of her mother, Dawn, a couple of years earlier, she reluctantly sets out to document her family’s legacy. Her Mom left her with a key she thinks gains her entry into the old Finch homestead on Orcas Island, Washington. The house itself is an interesting structure; its profile, strange. It stands perched on the edge of a cliff overlooking the ocean. It was abandoned 6 years ago when Dawn decided in haste to take Edith and leave. Grandma Edie was left behind; the nursing home was to pick her up in the next morning. 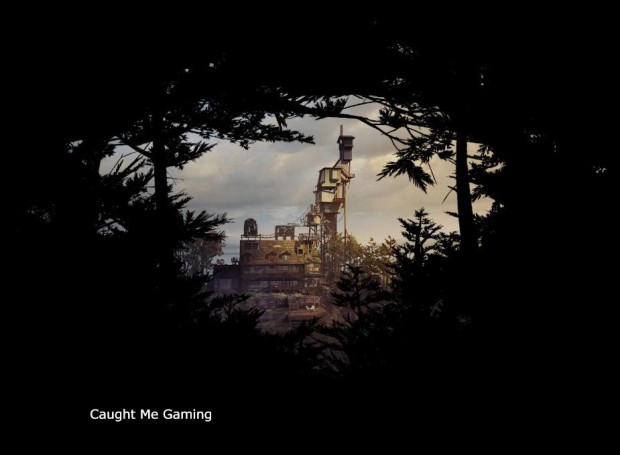 Just looking at the home from the grown-in path, you can see it holds some secrets. What happened there? What is this place? Why did they leave? Edith gains access to the property and begins her journey. What she finds is a house that has been left untouched. The dining room table is still set with plates from their last night’s Chinese meal.

A lifetime was lived here as books are stuffed in every corner, and pictures fill the walls. This house is out of the ordinary, however. Some would say it’s cursed as each bedroom belonged to a Finch family member who has since passed, and the door to each is sealed up from the outside. Edith gains access to them via elaborate secret pathways, and finds shrines to her relatives, as well as clues and stories around their passing. All the while we also learn why Edith has come here; her discoveries are memorialized in a journal that will remain a testament for the next generation…

When I first started What Remains of Edith Finch, I wasn’t sure what to expect. A Walking Simulator, your journey begins at the mouth of a trail leading up to the Finch home. A fence and a gate stop you. “No Trespassing” signs are posted, and immediately I said, “Oh goody!” An armchair urban explorer for DECADES, I have always loved to read stories, look at photos and videos of abandonment, and wonder “what happened here?” What makes people leave a house and all the contents behind forever? I have quite an imagination… 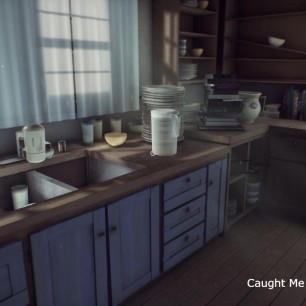 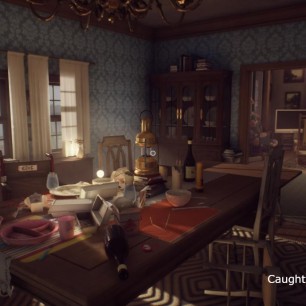 (The truth is usually less glamorous; an estate dispute among family, or the property gets sold to a developer, and they are slow to do anything about it…but I digress).

What Remains of Edith Finch does everything right: the graphics, the atmosphere, the story, the music, the character development…I’m gushing. I can’t help it: this game is pretty darn good. It explores the connections between family and the mortality we all must face. Each member of the Finch family is given their own time; and some of the tales told are disturbing, but for the most part, heartfelt. Don’t get too hung up on it being about death – I mean there is plenty here. But, the stories are touched with a bit of legend, humour, imagination, but most of all, love. The interactivity is wonderful and there is something to like that would appeal to everyone. 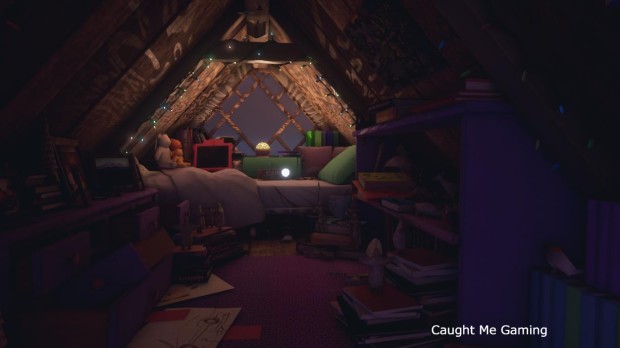 This game is short (under two hours). You can easily replay it and notice something new you never did before too. The beautiful and emotive score by Jeff Russo (from the band Tonic) adds to this rich story; and vinyl natch fans will dig the brown smoke vinyl release the score was given that I have yet to pull the trigger on (a lil $$ for this Canadian…). 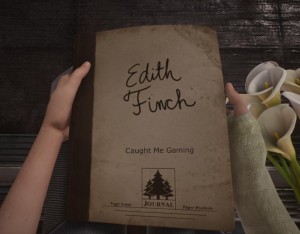 I highly recommend What Remains of Edith Finch. Do yourself a favour and PLAY IT!