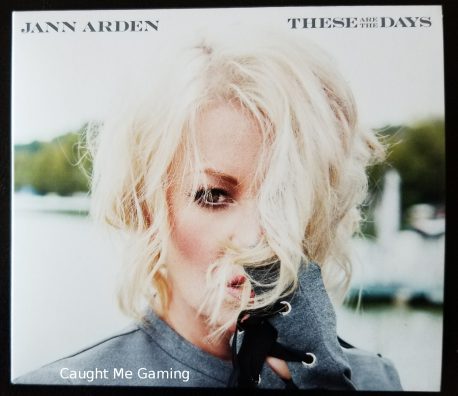 Jann Arden has been in my wheelhouse since her hits, Wonderdrug and Insensitive played on the Canadian airwaves back in 1994. Her second album, Living Under June, was my first Arden purchase (Dr. Disc in London, ON, 1996 – I still have it!). I remember looking for her debut, Time For Mercy, but as a struggling student, I always found it way out of my price range. And, later when I could afford it, I just wasn’t into collecting. Living Under June was all I owned of Arden until recently. I happily sang along to her songs on the radio, even though I wasn’t buying her albums.

Jann Arden’s music is very contemporary and what one might consider easy-listening. She barely ever rocks out. But, if you listen, it’s very much on “the feels, everywhere the feels” spectrum. The clever lyrics hone in on sharp edges of emotion, love and relationships which may be dismissive to those who might construe her art as too sufferable or even boring. But, this gal (me) has listened to Jann through some dark periods. Jann doesn’t know Sarca, but her stuff seems to relate to me and my emotions at times that I need it.

But, I guess others aren’t feeling the same as of late? Since I announced that I started re-amassing a CD collection, I have noticed a lot of Jann Arden for sale at the thrift shops; so much Jann in fact, that as of this week, I can say I have close to a complete Jann Arden collection (I say “close” because I haven’t acquired her albums of cover tunes or her Christmas album…). It has been an enjoyable experience getting to know her latter stuff and seeing how it all fits in with her earlier music. With the exception of albums Love is the Only Soldier (2003) and Free (2009) that I had trouble connecting with, her other eight albums I own will forever be in my collection as they are particularly strong.

And what a coincidence that Jann Arden released her newest album, These Are the Days just last week! I was very curious to see how it holds up, so I dropped the $12.99 for a CD copy during a recent trip to Walmart. The CD itself is simple – cardboard jewelcase with plastic CD tray glued in. The liner notes contain song lyrics.

Like previous albums, These Are the Days peels back the curtain that is Jann’s life right now. Publicly, she has shared her struggles with anxiety, depression, weight and alcohol, a long-term relationship ending, being the primary caregiver to her mother with Alzheimer’s disease, and helping her brother in prison be free of his first degree murder rap. Big things happening! This album is a diary, laying bare how her life is right now, and how she encourages herself to keep going. The back of the CD package reads the message, “Be in the now, be in the moment”. On the CD itself it says, “Running forward, not looking back…” But, not before listening to this album!

Allow me to highlight some of the songs for you…

The first track, Everybody’s Pulling On Me pretty much puts herself out there – in a powerful way. A full band weighs in full brass, and here Jann forcefully – passionately – sings her heart out how life is taking its toll on her. This one is my favourite of the album. The messaging sounds desperate, but the music is uplifting and hopeful; I love songs like that. And Jann’s voice! Hooo! Stronger than ever!

Skipping forward, A Long Goodbye, the fourth song on the album, quietly and gently recounts Jann’s mother’s struggles with Alzheimer’s, and how essentially this diagnosis is a long goodbye as her mother forgets who Jann is. This one resonated with me, particularly since I experienced “the Long Goodbye” with my Granny (RIP), when she suffered from the disease. Again, the theme of feeling pulled or in this case, tangled, presents itself here:

“I’ve felt tangled up and hopeless, but it hasn’t killed me yet…It’s hard to be a mother to my mother…”

Jesus, all the feels!

The fifth song, Come Down the River With Me, is reminiscent of old gospel, and gives a giant hat tip to Adele. There are elements of Rolling in the Deep here, particularly the strong bass drumbeat and steel guitar. I really like it because I like Adele. But, I can’t help but think of how close to Rolling in Deep this song is…

With a lot going on in our lives, sometimes one needs to escape. The sixth song on the album, Franklin, embarks on a friends’ road trip to Franklin, Tennessee, where memories were made to try and escape broken hearts. I really liked the reminiscence in this one. The full band shows up here and is warmed up with some whisky slide guitar.

Number seven, Not Your Little Girl, I believe is Arden’s first single off the album, and it is for sure a singable and empowering anthem for girls. Starting as sort of a march, she swiftly emphasizes,

One More Mile to Go is a song that if I were to choose the “most contemporary radio hit” on this album, it would be this one. That’s not to say it was bad – not at all! I like the lyrics and it’s toe-tapping…but, listening to it, I chuckled to think if they used a Dobro, that it would be a New Country hit…Some good guitar on this one. 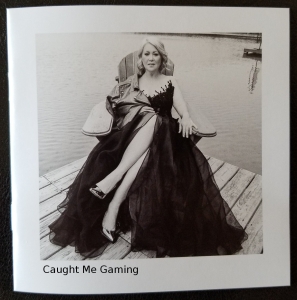 Overall, These Are the Days fits well in Jann Arden’s catalogue. It isn’t so much a departure from past efforts, but I have noticed a gentle shift to a stronger sound here, which is a welcome surprise. I highly recommend it!