Thank you for sticking with me through my Titanic-themed games series! This review will be my last for awhile, and let me tell you, I think I saved the best handheld Titanic game for last!

Feeling pissed off about my experience with Murder on the Titanic for the Nintendo 3DS, I was reluctant to take a leap of faith and acquire Hidden Expedition: Titanic, also for the 3DS, through the Nintendo eShop. On preview, I discovered this game is developed by Big Fish Games, the leading authority on casual gaming. Now, BFG have made some choice titles, but they have also made some real bowsers. And as I have written throughout this series, a port from PC to the Nintendo often does not go well at all. I am here to tell you, I got lucky for once; Hidden Expedition: Titanic is pretty good! It is a port, but you wouldn’t know it to play it. Huzzah!

You are working as a professional diver, and have been hired by the Titanic Museum Foundation to do a series of dives to find the Queen’s crown. A cargo manifest from 1912 shows the crown was being shipped on the Titanic to New York to be a part of a museum exhibit. Researchers have some idea where the crown is located on the sunken ship, but it will require several dives into the wreckage to find the exact location. Along the way you are asked to save lost artifacts and gems scattered throughout the ship. Since this dive is a dangerous mission, you are permitted to keep any gems you find. 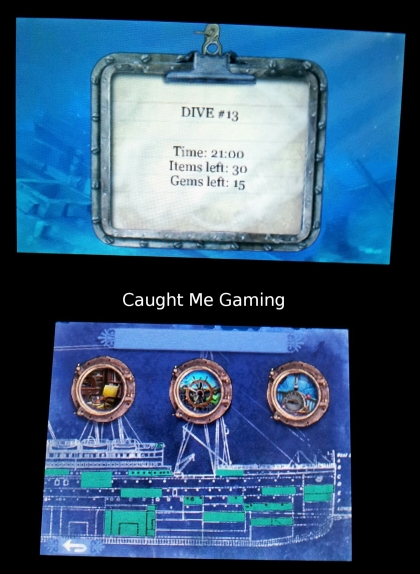 There are 14 dives in total, with each dive exploring up to three areas of the ship, starting from the top to the bottom. Each dive has a time limit of at least 20 minutes long. Within this time period, you are completing at least two hidden object puzzles and finding at least 10 gems. A hint button is provided, but you are penalized two minutes off the clock for using it. Once you have completed a dive, you are then to complete another casual puzzle in the time you have remaining. If you let the clock run down without finishing, you have to start the whole dive over again.

For once, there is a Titanic game that I can confidently say has some replay value. The hidden object scenes in Hidden Expedition: Titanic are challenging – no getting bored! And the images are crystal clear and detailed, even when zoomed in. My only “complaint” is putting a timer on this game – what for? I suppose it’s to simulate the limited amount of time you can be underwater on a dive? 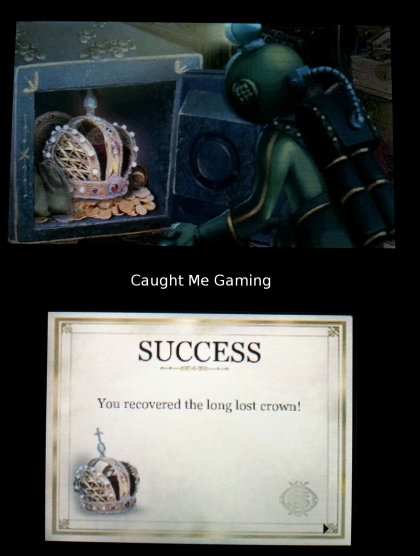 And I played a decent Titanic game!

Of course, my complaint is a very minor jab on this game. Hidden Expedition: Titanic is enjoyable, and the plot behind it makes some plausible sense. It’s a very enjoyable game, and (I can’t believe I am finally saying this after all this time…) I RECOMMEND IT!