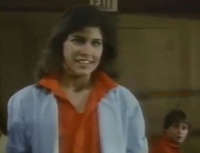 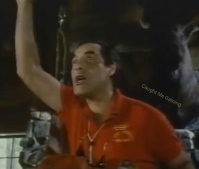 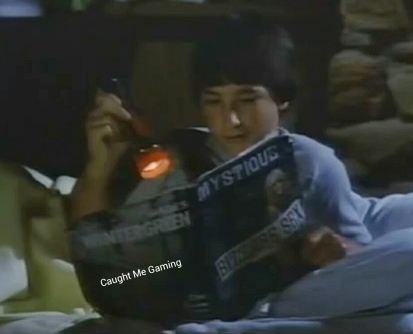 Anyone remember the TV movie gem, Poison Ivy? I have to say the hot summer weather reminds me of this movie, namely because it is a hi-jinx summer camp movie, and because it was one of those films that seemed to be on TV all the time in the summer when I was a kid.

Poison Ivy was a film starring Michael J. Fox, Nancy McKeon and Robert Klein. It aired on NBC TV in 1985, and tells the story of one summer at an all-boys summer camp in Maine and the shenanigans that ensued there. Michael J is a Counsellor who falls for nurse Nancy who is engaged to be married to a real pill. Michael J. spends the movie trying to break up that relationship… Robert Klein is the camp director running the show, and takes his role very seriously. The movie also focuses on the campers, and all the movie character stereotypes are represented – the fat kid who wants to be a comedian, the athlete, the handsome con man, and the homesick Timmy who is misunderstood because he doesn’t know how to swim.

Poison Ivy is entertaining…cheesy, of course. And it was one of those films that, at my house, was poorly taped on VHS off of network TV and replayed on an endless loop for a good four months. Why? Because… kids…they like rewatching stuff.

It’s been a long time since I watched this film but, a lot of scenes, lines and even music come back to me in a flash.

Oh, how I prayed to go to a summer camp like Camp Pinewood. Those kids got to run around and eat all the chocolate bars they wanted! They could stay up until all hours of the night telling each other ghost stories. Heck, they had handsome Michael J. as a Counsellor. The stuff kids dreamed of in a summer camp was seen in this movie. It was so far removed from the rigid Bible Camp experience I endured every summer…

Rewatching this, one would assume by the setting and characters that Poison Ivy is meant for tweens. And in terms of plot and shenanigans, the movie generally does follow that formula, but only up until it reaches the blatant sexual content. Yup, there’s a few sexie tymes in Poison Ivy, which lost ten-year-old me a little but doesn’t blow past me today. For example, Robert Klein’s horny housewife flirting and evidently effing every cook, cleaner, Counsellor and bottlewasher in the joint is truly shocking. Not to mention an 11 year old reading a p0rn0 mag and having another friend turn to him and ask him if he can “do that stuff yet,”  to which he responds, “Not yet, but when I can I want to be ready!” Haha, wow.

Then, there is the uncomfortable racist game that takes place in the last half of the movie, called Colour War, which pins one half of the camp against the other, assigning colours to each team, placing a military spin on its execution and telling campers not to talk to that kid from the opposing team because of what colour he’s wearing. Yeah, not terribly P.C.

There are also some sweet moments that cannot be overlooked. Little Brian Firestone, the consumate nerd of the camp who writes books by hand and fashions beautiful love notes, falls for Nurse Nancy McKeon, going so far as to roll in a poison ivy patch to be treated by her in the infirmery. Another moment was having the other campers teach Timmy how to swim.

Not surprising, the entire Poison Ivy is available to watch on YouTube. If you’re up for some cheesy, uncomfortable nostalgia, go check it out.

This was originally posted in November 2014.