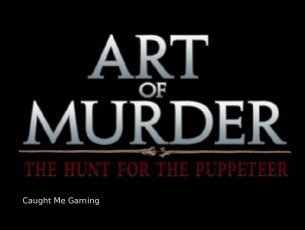 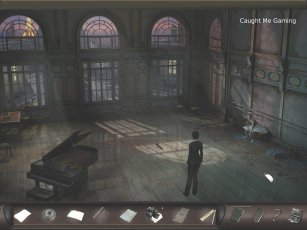 Art of Murder: Hunt for the Puppeteer is a point-and-click crime adventure game, and a sequel to Art of Murder: Deadly Secrets, a game I had reviewed waaay back in Fall 2013. That game was terrible, and this one was no better. You might think I am a glutton for punishment…trying to play a sequel to a game I had given my precious “This Game Blows” Seal of Disdain to. But my long-term memory failed me, and my need to clear out some of my boxed games is a priority, soooo here we are.

In Deadly Secrets, we saw Nicole Bonnet, NYC FBI detective investigating a murder. In Hunt for the Puppeteer, she is in France investigating a murder that might be related to a string of murders that have taken place in New York. The Gendarme are on the scene, as a body of a ballerina has been found in a studio, posed in a similar fashion to artist Edgar Degas’ (1834-1917) painting Waiting (1880-1882) by using wires suspended from the wall and ceiling. Nicole, posing as a guest to the Gendarme, comes in to investigate in secret, as the police don’t really want her tampering with the crime scene. Somehow, she manages to build an evidence dossier using plastic document protectors, pencil lead and tape at hand, but not until she and the gamer consult an in-depth walkthrough on the internet. 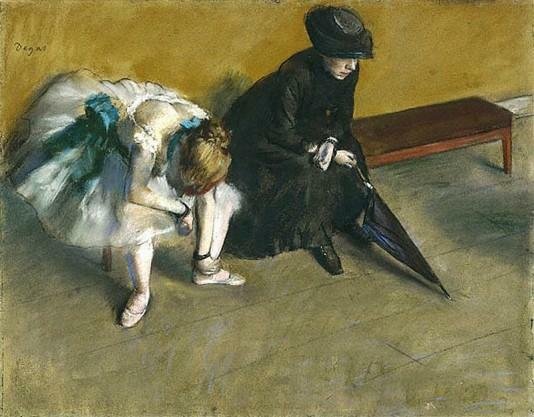 The Waiting by Degas

Okay that last part of sentence isn’t quite true. I consulted an in-depth walkthrough….thanks Gamezebo.

The game looks pretty good, and collecting equipment to have at hand in your inventory is fairly easy. What isn’t is actually using your equipment…did you know if you join a stapler and a pencil, you can easily cut a pencil in half? Or how about using a match stick and cotton to make a q-tip? But, wait, why couldn’t I just use that pencil tip and cotton as a swab? Several choices in items you use to investigate didn’t make sense to me, and were not intuitive. And once I got my evidence, I thought we could just move along in the game past the first chapter. I was wrong.

Truthfully, the first time I played this game was about five years ago. I quit after the first chapter because I could not progress in the game, even after consulting walkthroughs. My gaming chops were not grown in yet, so I figured I would get more gaming under my belt. Since then, I have played many adventure point-and-click games, including Broken Sword and Syberia – both excellent games! I’ve played Mass Effect for chrissakes!

I have the chops, yet Hunt for the Puppeteer eluded me. I could not get Nicole Bonnet to leave the crime scene. She kept saying she had more to investigate. I tried again with a new gamer profile…following step-by-step instructions on everything Nicole was to do. Still, somehow there was more to investigate. 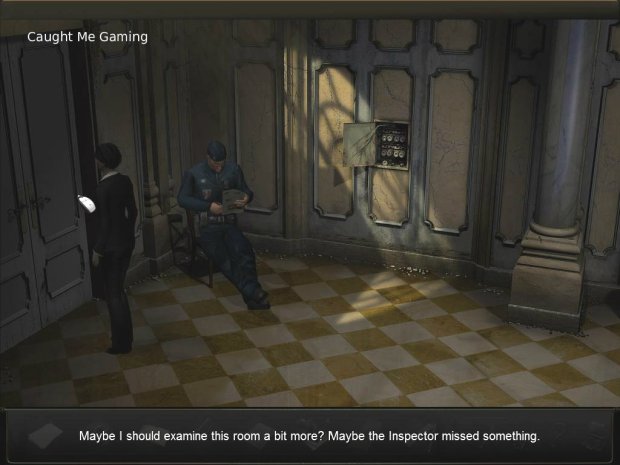 I don’t know what I was doing wrong or what I was missing. But, forget it folks, daylight is fading and who gives a shit. I am out! Detective Nicole Bonnet will be solving this one on her own! Au revoir!

Art of Murder: Hunt for the Puppeteer
City Interactive
2009