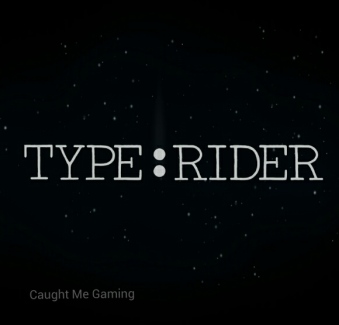 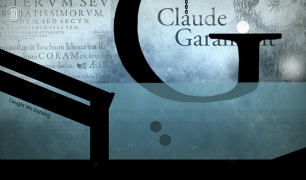 A while back, I talked about how I used to love designing my own fake album covers. That was just the tip of the iceburg. Truth is I used to be a graphic design junkie. I had my own website on Geocities (ftw!) and designed every graphic on there. I used to have a cheap-o design program called Paintshop Pro (which is like Photoshop’s step-cousin, six times removed) and used it to design many things, including my wedding invitations (yep, I saved a ton of money on those). I did eventually learn how to use the legit Photoshop all by myself. At any rate, in all the years I have done any graphic design, I never once thought, “Hmmm, I wonder where Times New Roman and Verdana come from…” No, to me, fonts were always like electricity and water – just there. The font is there to aid in creating and enhancing, but never needing an explanation.

So, I wasn’t expecting a history lesson on typography when I started playing Type:Rider, a game I played on my Android tablet. To that end, I’m not sure I took anything away from the lesson, but damn, it was a fun, challenging and a beautiful visual journey through a font’s history.

In Type:Rider you control two little black ink dots through obstacle courses fashioned around a particular era in typographical history. You are given one of three methods to move the ink dots around – physically moving your tablet left or right to roll the ink dots through the course, using actual on-screen key pads, or just using your thumbs to direct and jump. I used my thumbs while playing this game. Your goal is to collect each letter of the alphabet that is strategically placed throughout each chapter. The courses become challenging with each passing level, but the game itself is very forgiving. There are no time constraints, nor punishment for multiple “deaths”.

Epochs in typesetting history are covered in Type:Rider: Gutenburg, Claude Garamond, Dada and Futura to name a few. Each chapter is a feast for the eyes, if you can handle navigating through the game and not drop the ink dots while admiring some absolutely gorgeous scenery. Combine it with a cool score and you have a really interesting game.

I was mindful while playing this game not to press my tablet’s screen too hard with my thumbs, but it was sort of hard not to, as I found the controls were a bit to get used to. Type:Rider is available on multiple platforms, including iOS, Mac and PC, I wonder if the controls are better on those ports.

Overall, I would recommend Type:Rider, a nice casual game.