Imagine one day you are living your ordinary life, and out of the blue you get a letter that says a man died, and he’s leaving his entire estate to you*. It’s bizarre because you don’t know who this guy is. The estate includes a nice home with a pool, a cable gondola that leads up to another secluded hideaway, and a lake view of a most beautiful sunset. You are then left to explore the grounds to find out who this guy is, and what your connection to him might be. Davey is his name, and it turns out he has had many worldly adventures. Room by room, shed to hideaway cabin, you explore and find pieces of a puzzle you need to solve, which, when you reach the conclusion, Davey’s Mystery is revealed. 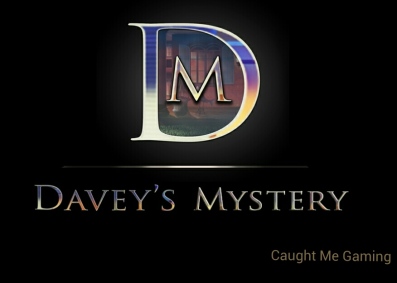 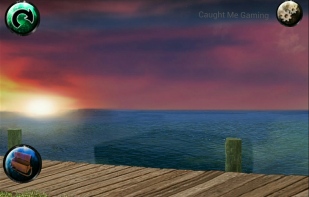 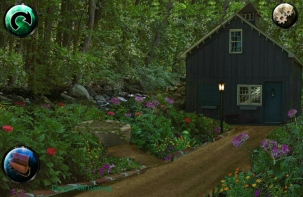 When I initially saw Davey’s Mystery offered for free on the Amazon App Store this past weekend, I looked at the screenshots to see if it would be something I’d be interested in. Honestly, I wasn’t terribly impressed at first. It looked like your typical adventure game with the same puzzles. I downloaded the game because it was free. To my surprise, when I started playing it, I couldn’t help but finish the game in one evening – it was that interesting.

Davey’s Mystery is short, and does follow the formula of point and click adventure games. But, it was the complexity of puzzles that were riveting. This adventure finds you briefly poking around rooms to find an object to use in other rooms. Written prompts give some hints as to what there is to do or whether a route or door is accessible. There is no traditional hint button provided, however the developer of the game has put up a hint page for Davey’s Mystery that players can find online to help them out. Overall, the graphics and music were decent. It ran cleanly on my Android tablet, navigation was simple and the frustration factor was next to nil. Gamers could even exit out of the game and guarantee to start back up where they left off without a problem.

It was at the end of this adventure game that I got the biggest surprise of all – Davey’s Mystery was created, designed and programmed by one guy – Nathan Vey. I am not familiar with him at all, but I was impressed with the work he put into this game. I have played a lot of point and click adventures…games where a whole team of people worked on one game only to release an inferior product – crappy graphics, terrible music, and don’t get me started on the spelling mistakes! Davey’s Mystery is not that at all. Vey really took the care necessary to release a solid, well-produced game.

I cannot say for sure if Davey’s Mystery will ever be free again in the Amazon App Store, but full price, it’s $0.99, which is a steal for a good point and click adventure on Android and iOS**.

*Yeah, yeah, I can hear the collective “woohoo”s…

** Also available in the Apple App store and Google Play