Sometimes I wonder if I am an alien living on some foreign planet, especially when it comes to critically acclaimed games that I wind up not enjoying.

For example, so many critics praise the virtues of the adventure game, the Blackwell Legacy, that of course when it went on sale recently, I was going to buy it and play it. But, I am here to say that my experience playing this game was not like the majority of critics. 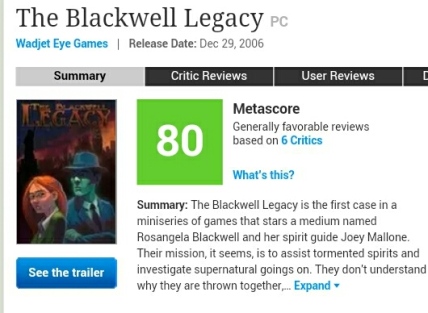 Metacritic Rating for the Blackwell Legacy

Rosa Blackwell is a writer whose estranged aunt has just passed away. She has also just found out that like her aunt and her mom, Rosa is genetically predisposed to early onset dementia. Meanwhile, she has been suffering from severe aural migraines that make her “see things” and doesn’t know why. Things sort of become clear when a ghost by the name of Joey appears, who says that Rosa has a special skill – she can see dead people, and has a talent for encouraging ghosts to cross over to the afterlife. This ability has been passed down for generations in the Blackwell family. In a sub-plot, Rosa is made to investigate and write up a story on a co-ed’s suicide. As the story goes, both Rosa’s ghost whisperer abilities and this news story become linked. 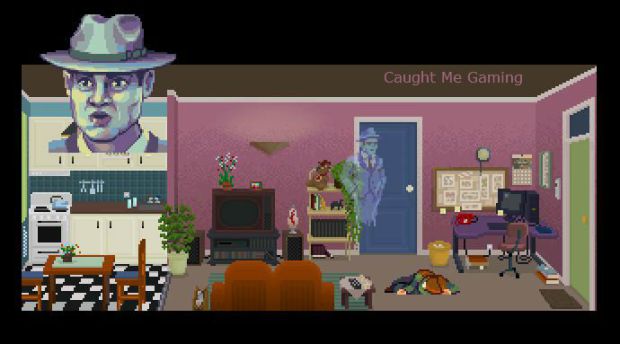 The Bad: Regurgitated plot (cough* The Sixth Sense), rude characters. This game uses the one element I hate from old-school adventure games – the stuck-in-a-loop trap.

The Blackwell Legacy is a point and click adventure game. You play as Rosa in third person, directing her where you want her to go. Dialogue choices are presented when Rosa talks with other characters, and the map in the game is simple enough to use, providing only a few location choices to go to. The graphics are decent, reminiscent of long-ago adventure games, but the quality of the game itself in look, music and voiceover work make the Blackwell Legacy a  modern throw-back game (released in 2006). 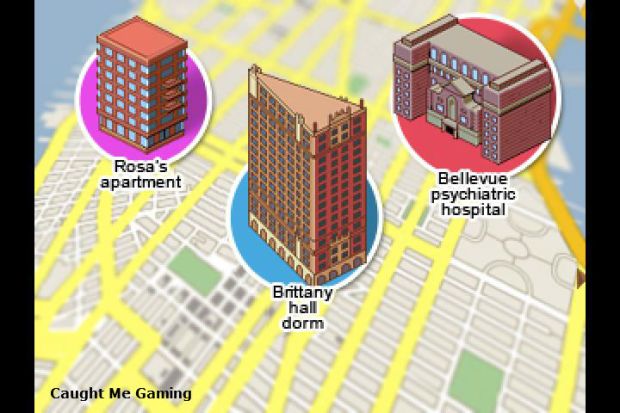 I admit that I had to restart this game at least once. My first kick at the can I got stuck at a point where I was not able to progress at all.

At one point in the story, Rosa is made to interview two students at a college dorm. Asking questions gives Rosa info which she writes in a notebook. For whatever reason, I could not progress; Rosa kept telling me she didn’t have all the information and more questions needed to be asked, but I had asked all the questions provided for all the characters. Frustrated, I consulted a walkthrough to see if I had done something wrong. It was at this point I restarted the game completely with walkthrough in hand. 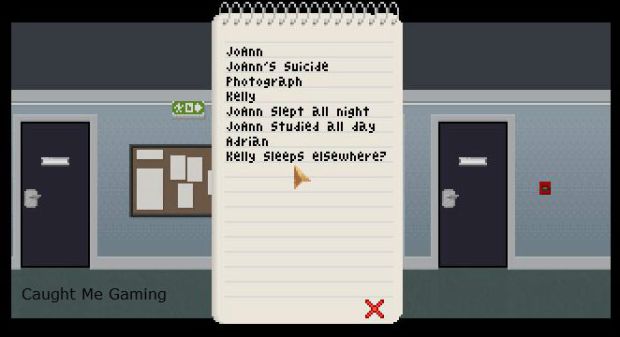 The second try of the Blackwell Legacy allowed me to get back to the point I got stuck on originally, and I eventually got the answers I needed to continue in the game. But, then I got stuck again at a point where Rosa had gained access to a student’s dorm to conduct an interview. Joey the ghost, was supposed to distract the student by blowing on papers on her desk. When I tried to get to that point, I went through all the dialogue choices, but Joey didn’t do what he was supposed to. When I tried a second time, those same dialogue choices didn’t exist and no new ones were provided. I could not progress in this game. What is going on here? Am I being trolled??

The first time this happened, I thought this game required the player to go on a fixed path, with no deviation allowed. In other words, if you don’t play the game “like you’re supposed to” by choosing the dialogue choices in the proper sequence, or by solving one thing while you were supposed to solve another, the game can’t deal and glitchy things happen – like lack of dialogue choices. But, then again there are many adventure games that don’t take a fixed path at all; the gamer is permitted free reign to explore and solve puzzles, but what can happen is that still the” right way” was not executed, and the gamer gets caught with no options to advance. The only way out is to start the game again. That seems to be where we’re at with the Blackwell Legacy. For a game that plays homage to old time adventure games, they chose to implement my most hated element.

I quit the game for good soon after out of frustration. How hard is a game like this supposed to be?

What the Blackwell Legacy provides in open access to the gamer, it takes away when the gamer gets stuck. Many gamers love the thrill of the puzzle and revel in solving the mystery no matter how hard or pointless, abhorring any apparent gaming “hand-holding”. Others like me prefer to take a stab at it for so long and then think, “okay, enough of this…we need to move on.” I don’t like hand-holding, but I also don’t like to spend two hours on a seemingly simple task.

Not to pile on, but while I’m at it, I didn’t really care much for the Blackwell Legacy’s story, nor the characters. Frankly, Rosa, Joey, the students…everyone was a jackass to each other. They were so smarmy and abrupt with one another, at one point the hubs had overheard me playing this game and asked if I was swearing – nope, it was the game! He also commented: “Wow, everyone is so rude. Why?” Good question… 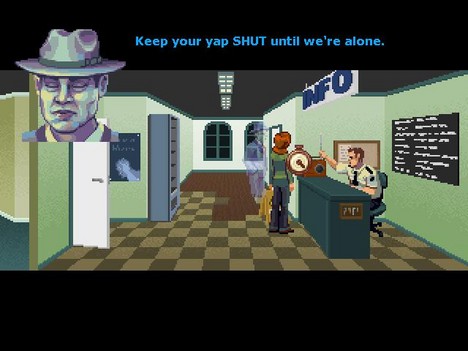 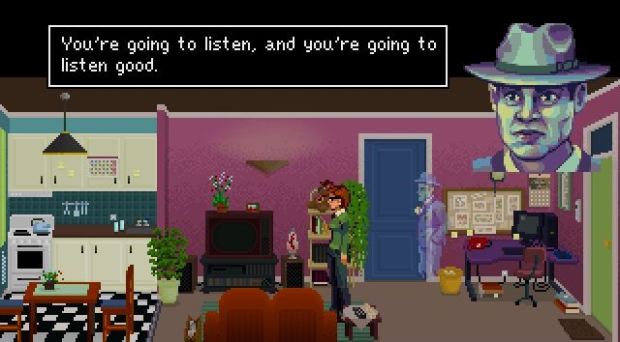 I had a hard time liking the Blackwell Legacy’s gameplay or vesting any emotion towards any of the characters, including Rosa. In fact, when I got stuck in a loop, I thought the Blackwell Legacy was for sure trolling me. In my calmed-down state, I realize that I am not up to the frustration of being stuck in a gaming loop of my own making without a little direction. Sorry, Blackwell Legacy, I didn’t enjoy you.