This week marks the Steam Summer Sale, a time when gamers pick up some wicked deals on PC / Mac games. And as always, when these sales happen, gamers also notice a dip in their bank accounts. 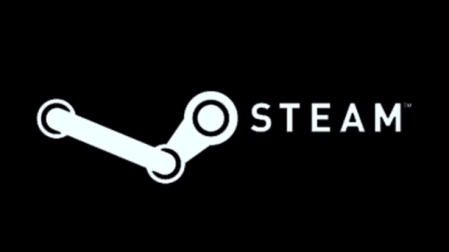 If you haven’t heard of Steam, here is the breakdown: It’s an internet-based gaming system that allows you to buy and access over 3,000 games in any genre you can think of. You would have access to those games through the Steam client – a software application you would download onto your computer. There are Steam apps available on most platforms that allow you to browse games, purchase and see your library, but you can only play games in the Steam Client on your computer. To that end, games are available for PC, Mac and Linux, and many are cross-platform compatible (meaning, if you buy a game for PC and switch to Mac, you have license to play that game on Mac.)

When I first started playing casual games – particularly hidden object – my go-to game stop was Big Fish Games (BFG). Of course, they have a curb on the market when it comes to the casual gaming genre. They are excellent at what they do, and have a similar way to access games as Steam, but the gaming sales on the site are only open to those who pay a monthly subscription fee to be a part of their Game Club; everyone else pays full price, which average from $10 to $20. Never one to be pigeon-holed, I always like to shop around to see what else is out there (okay, I am a cheap gamer!). This is always a risk, because BFG is a gaming distributor, but they are also a gaming developer, so many of their games are proprietary to their site, and not available on other gaming systems like Steam. BUT, sometimes you do find games sold on BFG available elsewhere. It can take a bit of work, but in your labour, there can be some fruit. And this is where you can win!

In the past, I would basically ignore the Steam sales that my husband would always participate in, thinking there would never be anything I’d want to play (meanwhile, watching the bank account take a hit…). It wasn’t until the hubs encouraged me to start a Steam account so we could play Magika that I decided to take a look at what was out there for the Casual Gamer. Glad I did. Where BFG’s gaming subject matter falls right in the casual gaming fold and only the casual gaming fold, Steam has something for EVERY gamer. For example, it partners the RPG gamer with the adventure gamer seamlessly, and might even match the two to give some ideas for other games out there that fall in both genres, so a gamer looking to spread their casual wings into something a little more complex has some choices. I think this is great!

When you first search on Steam, the first place to look is under the Games drop-down tab. This lists all the game categories available. 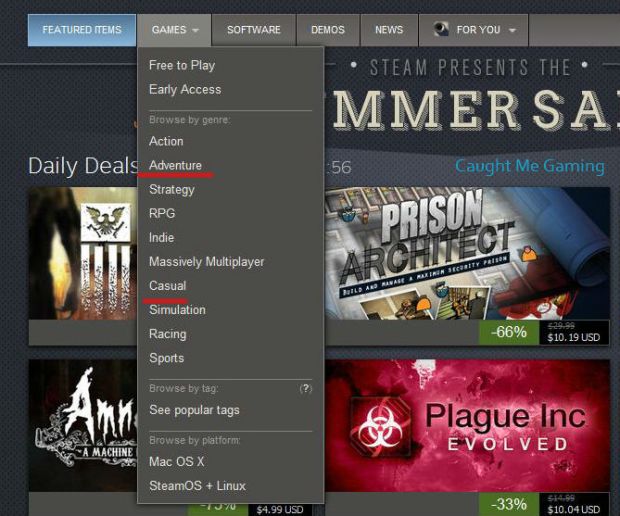 My go-to search is under Adventure and Casual categories. Unfortunately, though, if you are looking specifically for “Hidden Object” or say, “Survival Horror”, no category like that exists on the Games drop-down tab. But, there are a couple of other places to try.

There is, of course, the Search box at the top that you can use, but another way to search on Steam that is in Beta right now is via tags. Steam is allowing users to tag games into specific categories that are atypical, and Hidden Object and Survival Horror are a couple of the categories. I was so happy to find this existed. It’s great, and new sets of games are being tagged daily.

How did this help me with the Steam sales? Let me show you:

Last Summer, I played a game called Enigmatis: The Ghosts of Maple Creek. The sequel, Enigmatis: The Mists of Ravenwood is on sale for a deep discount on Steam. But wait! Big Fish Games is also selling this game.

Seeing is believing, no?

Damn straight! It pays to shop around…and take advantage of Steam sales. So, how have I faired so far?

Four new games to play and review! (And the week isn’t over yet)

There you go. Now that I have imparted my gaming resource librarian skills, go forth and shop for deals! But most of all, HAPPY GAMING!!