Fictional city, New Detroit, is in a sorry state. It is in the throes of an alien invasion which has basically destroyed the town causing lawlessness, abandonment and above all, an unfettered infestation of large, mutant bugs. These insects are ruthless and are hell-bent on killing anyone or anything that stands in their way, and now, the army has been called to rid the area of them with force. It’s the simple plot of Earth Defense Force: Insect Armageddon, a game I played in multiplayer on PC this past January.

You play as one of the weapon-touting army dudes, and control him in third person. Over the wire, your commander gives you missions to complete and areas of the city to defend. Along the way, you decimate anything with feelers – real or robotic – that get in your way. A combo of flies, spiders and general fugly bugs will use their own brand of weapon to weaken you or kill you such as spitting venom or throwing webs your way… At the end of each chapter, you engage in a boss fight with a big bug that eventually gets even bigger as you get closer to the ending of the game. 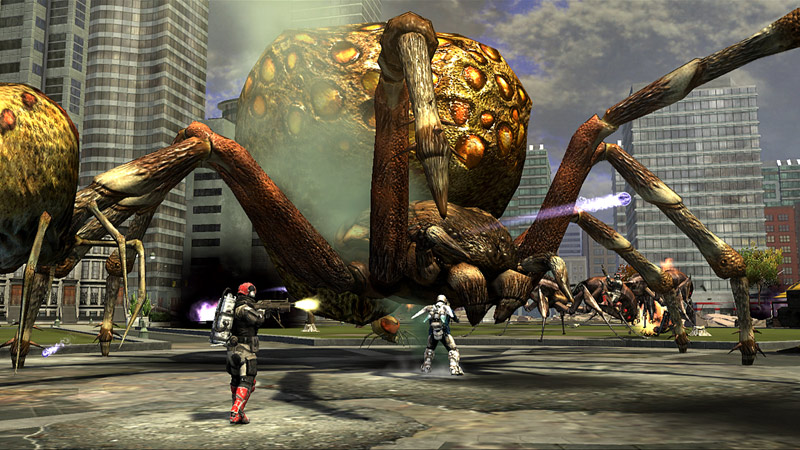 Insect Armageddon looks great, and if you play this on PC with a USB controller, it’s easy to play. If you are looking for something wickedly fun to play in co-op, get your hands on this game. As long as you are not squeamish about big cartoon bugs, this one is a whole lot of excitement. The best part is being able to decimate large killer insects with automatic weapons. I know, that may seem extreme, but I really hate bugs!